…When Salespeople Aren’t Paid on Profits, You Get What You Pay For. 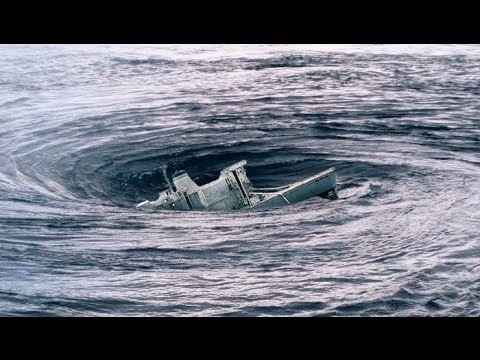 If your sales organization’s compensation plan fails to reward building value — and then pricing to it — you’ll get exactly what you’re asking for. And much worse—especially if you’re a sales leader.  Let’s explore the implications.

While you’re reading this, you have sales people working hard to win business that you don’t want (paraphrasing a Barry Trailer riff here – thanks Barry). A lot of that is because of your incentive plan. If your people aren’t paid to increase deal profitability, many won’t bother. Sadly, this is the sales leader’s fault.  Sales people aren’t bad or lazy. When your comp plan screams that you won’t push them to work any harder for a deal than they have to, they won’t.  Salespeople may not be fully coin-operated, but they’re also not stupid.

We’ve all heard that “Nothing starts until a sale is made”. Curiously, nobody brings up that “Everything ends when sales aren’t profitable”. I just watched this outcome happen to a formerly-great company, and was saddened.

For those of you who have never managed a P&L, let me make it simple.  Every top-line dollar you discount on a given sale drops off the bottom line as well (there is no change in any of your cost lines).  Pricing dollars are profit dollars.

Think about this: the only party who wins a price war is the lowest-cost competitor (and no, customers don’t win. Very few of them actually want the low-cost option). If the lowest-cost provider isn’t you, stop playing a game that you can’t win.   And stop compensating dysfunction in your sales team.

If you don’t reward pricing to value, you’ll get exactly the profitability you’re asking for.

The Next Outcome:  Affording Differentiation.

Customers pick suppliers based on differentiation, which makes differentiation the lifeblood of business, sales…and the currency of every sales organization. Full stop.

Your company can differentiate multiple ways:

Look back at that list. Every item requires resource investments to develop. Even achieving long-term cost advantage (operational efficiency) consumes resources. Differentiation isn’t free. If your profit streams don’t feed the investments that build on your differentiation, you’re sucking your company dry.

If you don’t reward pricing to value, you’ll soon get exactly the level of differentiation you can afford.

Another Bad Outcome:  Sales’ Place at the Table

I hear sales leaders complain that they and/or their function doesn’t get the respect it deserves. As a sales leader, did you ever ask if you’re getting exactly the respect you’ve built in?

Imagine being in any other department of your company, all of whom are driven by profitability.  Now imagine being one of those non-sales colleagues hearing some knucklehead in sales saying “it’s the company’s job to make a profit at the price I just sold”…then then being backed by the sales leader (no, this isn’t an exaggeration). If sales doesn’t care about the same thing (profit) as everyone else in the company, why would they “get seat at the table”?

Remember: sales operates with an unobstructed view to customer value, and is charged with building value in customers’ minds. Sales often has at least some control over discounting, and is always the only role asking for discounts. Given these facts, how does it sound when sales complains it is “unfair to pay them on profitability”? Does this complaint — from the one function charged with capturing value — earn the company’s trust? Executives’ trust?  Would an executive dare to bring anyone who claimed that “unfairness” in front of their board? Should such a sales leader be anywhere on the succession plan?

If you don’t reward pricing to value, you’ll get exactly the respect you’ve earned.

Perhaps Worst of All:  You’ll Get the Customers You Deserve.

Price-sensitive customers are the least loyal.  Often they’re the most demanding, most costly, hardest to service, make your people the most miserable and stressed, and consume disproportionate resources. If your people aren’t able to — or aren’t paid to — capture value, you’ll find yourself winning the worst customers…the ones your smarter competitors are thrilled to let you win…and Barry Trailer will be right again.

If your salespeople aren’t paid to co-create value, they’ll end up co-creating apathy.

How Bad Is It, Really?

The odds are, you don’t even know how bad your problem is.

Based upon slightly stale research (my favorite research house stopped tracking this stat about four years ago, but that number had been steady for the prior decade), it seems that only a quarter of sales leaders have any profitability component in their comp plans. And that’s only the top level of the problem.

Every company should have deep analytics that track pricing/discounting behavior, and very few do. The overwhelming majority of companies don’t even track how much they give away in discounts every year, much less how/where discount dollars are allocated.  Even fewer have a robust price exception/ discounting system. For instance, can you answer this for your own company: Are pricing exceptions based on objectively measured customer value, the whiniest sales person (OK, the salesperson best able to game your system), most politically connected regional manager, or something else?

CEOs and CFOs:  Do you even track how many discount dollars you spend, and how they are distributed? Can you break down how discounting dollars (or gross margins) are distributed by sales person, sales manager, customer, region, etc.  If not, you’re probably bleeding profit dollars without knowing it. Your cost of sales may be twice what you think it is.

If you don’t measure your pricing practices, you don’t understand them…and you don’t know how much they’re costing you.

Rewarding it vs. Doing Something About it

This article focuses on your compensation plan, but it should be apparent that comp is only one leg of a stool.  The stool topples without a solid comp plan, but also can’t stand if comp is the only issue you solve.

Other legs of the stool are more directly focused on how to sell value – the behaviors getting rewarded under the right comp plan.  Chief among these are training and ongoing coaching: enablement, in the current vernacular.

Once your sales team wants to consistently build, measure – and capture — customer value, a lot of powerful outcomes materialize.